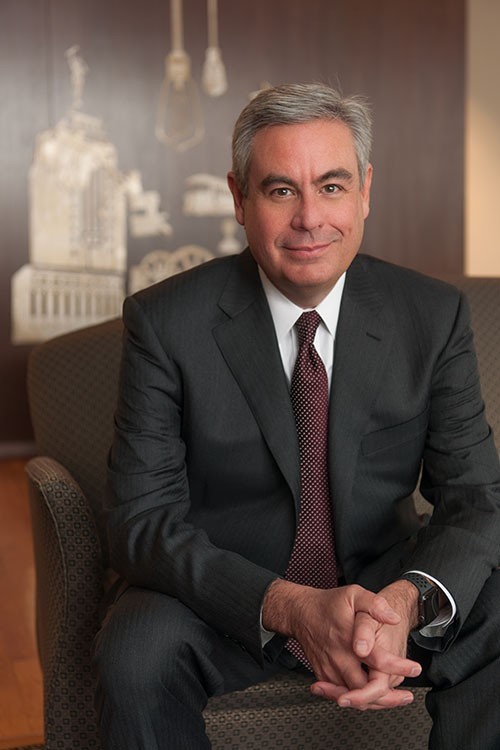 Mark Crosswhite is chairman, president and chief executive officer of Alabama Power Company, which provides electricity to more than 1.4 million customers across the state.

Crosswhite joined Southern Company, the parent of Alabama Power, in 2004 and since then has served in a variety of roles at Alabama Power and affiliated companies. Prior to that, he represented the company in private practice for 17 years in a wide variety of legal matters.

Crosswhite is chairman of the boards of the Economic Development Partnership of Alabama and Prosper Birmingham. He serves on numerous corporate, civic, and nonprofit boards, including the Business Council of Alabama, Birmingham Business Alliance, Nuclear Electric Insurance Limited, Southern Research, the University of Alabama Health Services Foundation, UAB Health System and Leadership Birmingham. He is also a member of the President’s Cabinet of the University of Alabama, serves on the Council on Competitiveness and the President’s Advisory Council of the Freshwater Land Trust.

Crosswhite and his wife, Jane Emily, have two sons.

Alabama Power CEO Mark Crosswhite has been appointed as an executive committee member of the Council on Competitiveness and commissioner on the National Commission on Innovation and Competitiveness Frontiers.

A $500 million electric arc furnace at the AM/NS Calvert Mill in Mobile County is expected to add 300 jobs and a major new capability for the former ThyssenKrupp plant.

Nationally ranked startup accelerator gener8tor announced today a partnership with Bronze Valley to fuel the growth of business startups emerging from Birmingham, the state of Alabama and throughout the Southeast.

Alabama Power is proud to partner with the North America’s Building Trades Unions to develop a workforce trained for the future (YouTube).

Alabama Power has completed the purchase of the Central Alabama Generating Station in Autauga County – a historic move that will support the long-term energy needs of Alabama Power customers (Alabama NewsCenter).